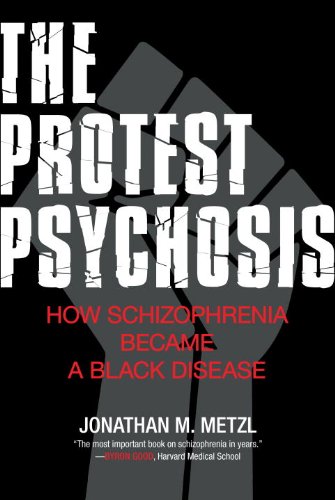 The civil rights era is largely remembered as a time of sit-ins, boycotts, and riots. But a very different civil rights history evolved at the Ionia State Hospital for the Criminally Insane in Ionia, Michigan. In The Protest Psychosis, psychiatrist and cultural critic Jonathan Metzl tells the shocking story of how schizophrenia became the diagnostic term overwhelmingly applied to African American protesters at Ionia—for political reasons as well as clinical ones. Expertly sifting through a vast array of cultural documents, Metzl shows how associations between schizophrenia and blackness emerged during the tumultuous decades of the 1960s and 1970s—and he provides a cautionary tale of how anxieties about race continue to impact doctor-patient interactions in our seemingly postracial America. Purchase through Amazon