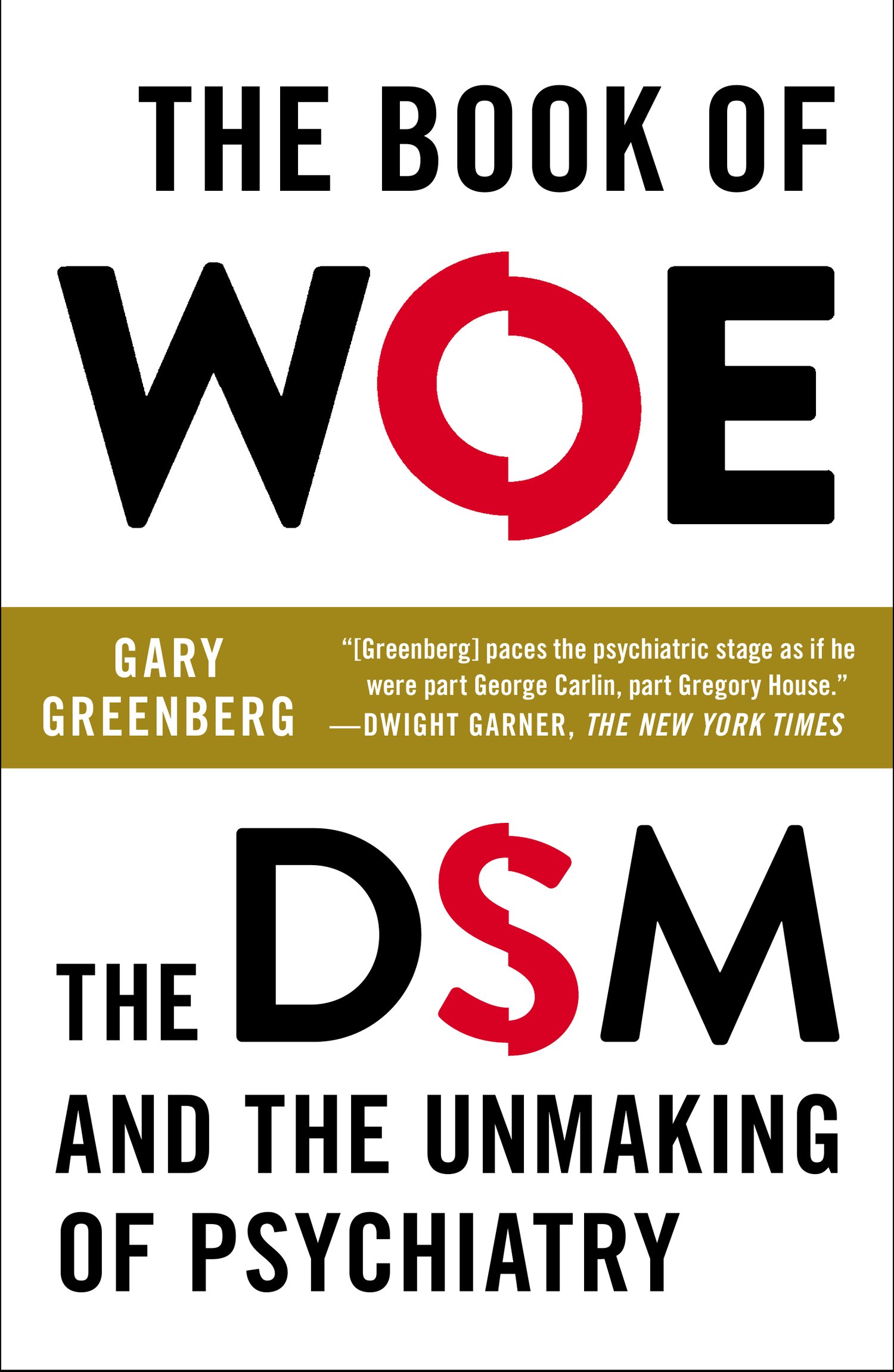 Greenberg, Gary.
The Book of Woe: The DSM and the Unmaking of Psychiatry

Since its debut in 1952, the American Psychiatric Association’s Diagnostic and Statistical Manual of Mental Disorders has set down the “official” view on what constitutes mental illness. Homosexuality, for instance, was a mental illness until 1973. Each revision has created controversy, but the DSM-5 has taken fire for encouraging doctors to diagnose more illnesses—and to prescribe sometimes unnecessary or harmful medications.

Respected author and practicing psychotherapist Gary Greenberg embedded himself in the war that broke out over the fifth edition, and returned with an unsettling tale. Exposing the deeply flawed process behind the DSM-5’s compilation, The Book of Woe reveals how the manual turns suffering into a commodity—and made the APA its own biggest beneficiary. Purchase through Amazon